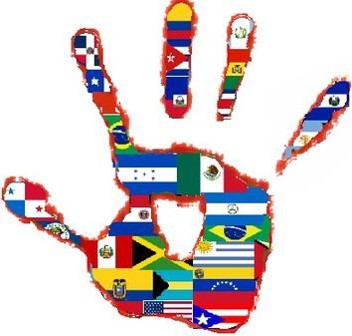 Each year, Americans observe National Hispanic Heritage Month from September 15 to October 15, by celebrating the histories, cultures and contributions of American citizens whose ancestors came from Spain, Mexico, the Caribbean and Central and South America. The observation started in 1968 as Hispanic Heritage Week under President Lyndon Johnson and was expanded by President Ronald Reagan in 1988 to cover a 30-day period starting on September 15 and ending on October 15. It was enacted into law on August 17, 1988, on the approval of Public Law 100-402.

Why kick off Hispanic Heritage Month on September 15th?

What does Hispanic mean?

The term Hispanic, as defined by the U.S. Census Bureau, refers to a person of Cuban, Mexican, Puerto Rican, South or Central America, or other Spanish culture or origin regardless of race. According to the 2010 Census, more than 50.5 million people identified themselves as Hispanic or Latino. Hispanics trace their heritage to the following countries that were colonized by Spain and continue to use Spanish as an official language: Argentina, Bolivia, Chile, Colombia, Costa Rica, Cuba, Dominican Republic, Ecuador, El Salvador, Equatorial Guinea, Guatemala, Honduras, Mexico, Nicaragua, Panama, Paraguay, Peru, Puerto Rico, Spain, Uruguay, and Venezuela.

The Merriam-Webster's definition of Latinx.

NBC News To Be Or Not to Be Latinx? For Some Hispanics, That Is the Question

Diversity Journal - Hispanic or Latino: Which is correct?

A humorous look from the web:

I'm Latino.  I'm Hispanic.  And they’re different, so I drew a comic to explain.

The Hispanic Association of Colleges and Universities- for the institutional development of the member colleges and universities and for the advancement of postsecondary educational opportunities for Hispanic students in the United States of America.

National Alliance for Hispanic Health work to improve the quality of care and its availability to all.

Society of Mexican American Engineers and Scientists (MAES): Latinos in Science and Engineering is the foremost Latino organization for the development of STEM leaders in the academic, executive, and technical communities.